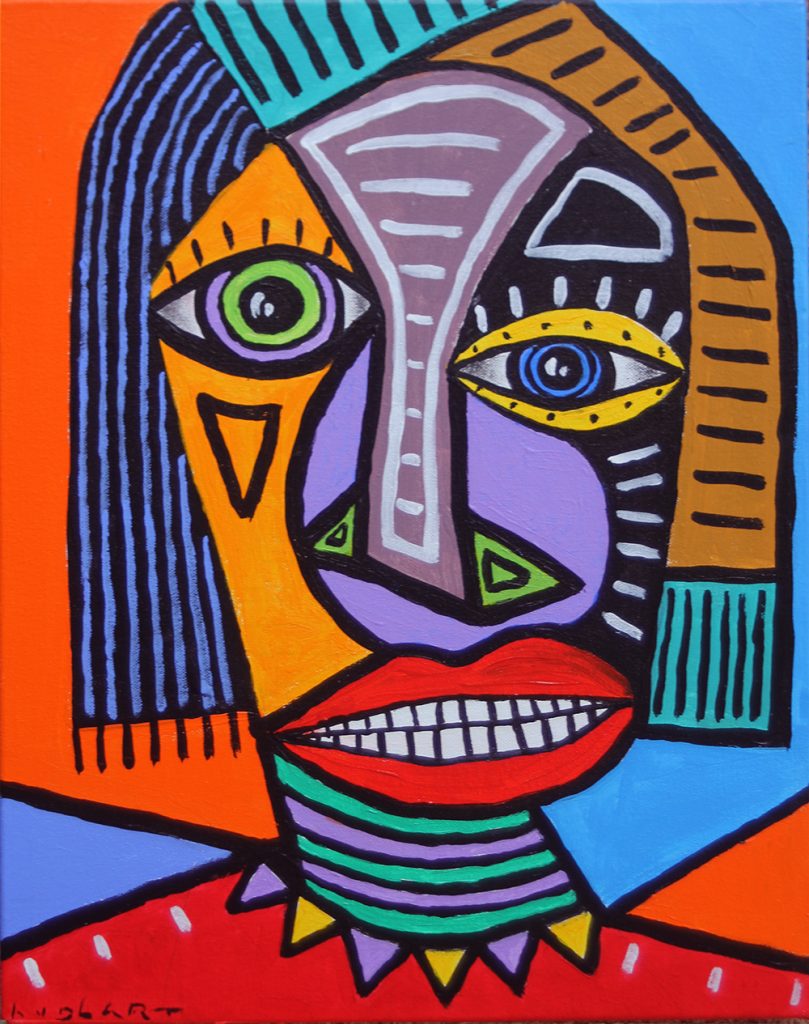 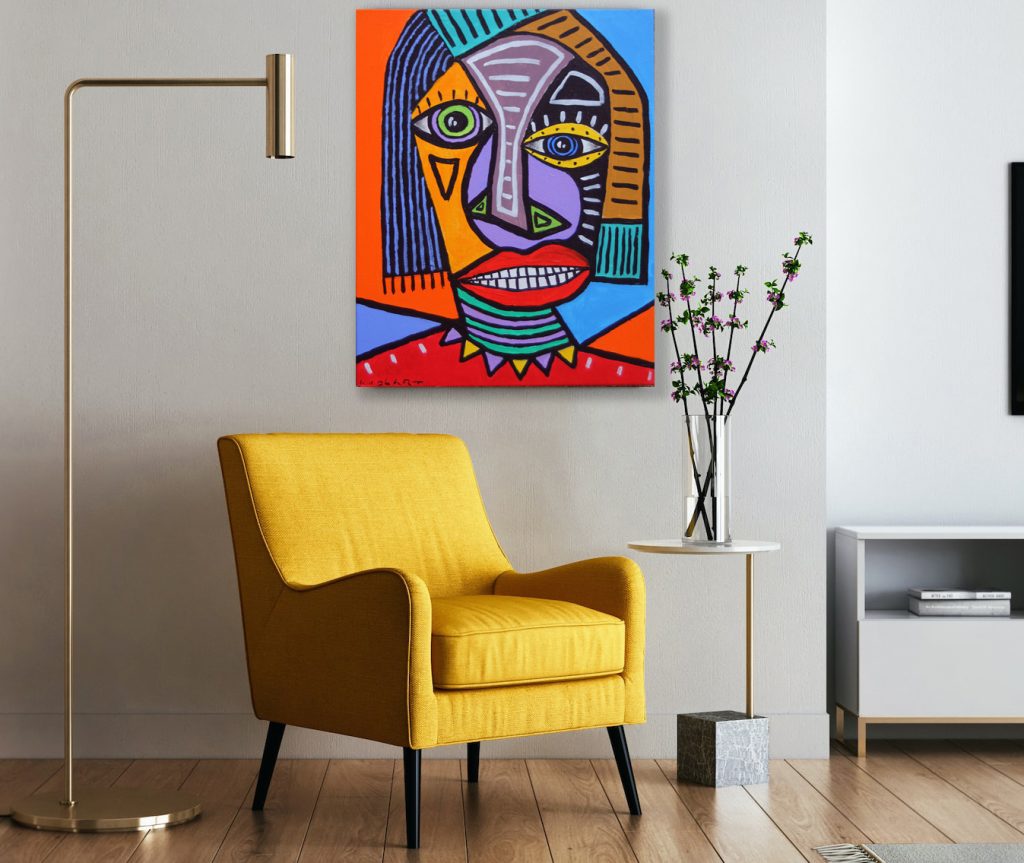 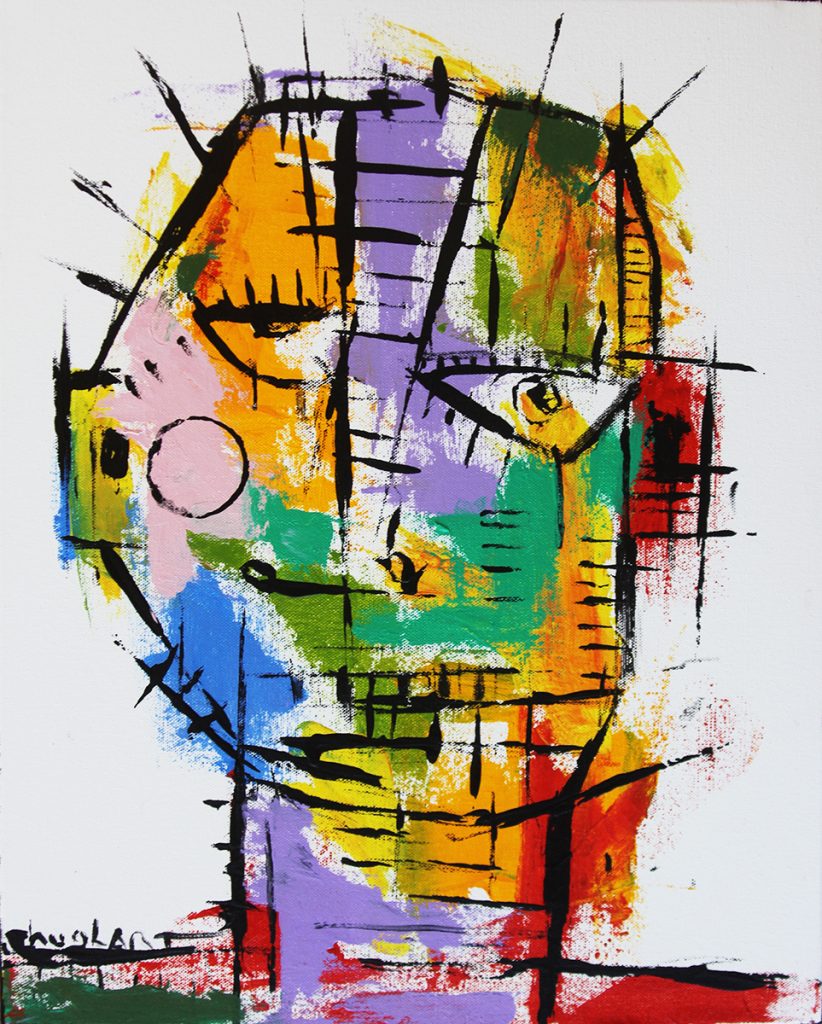 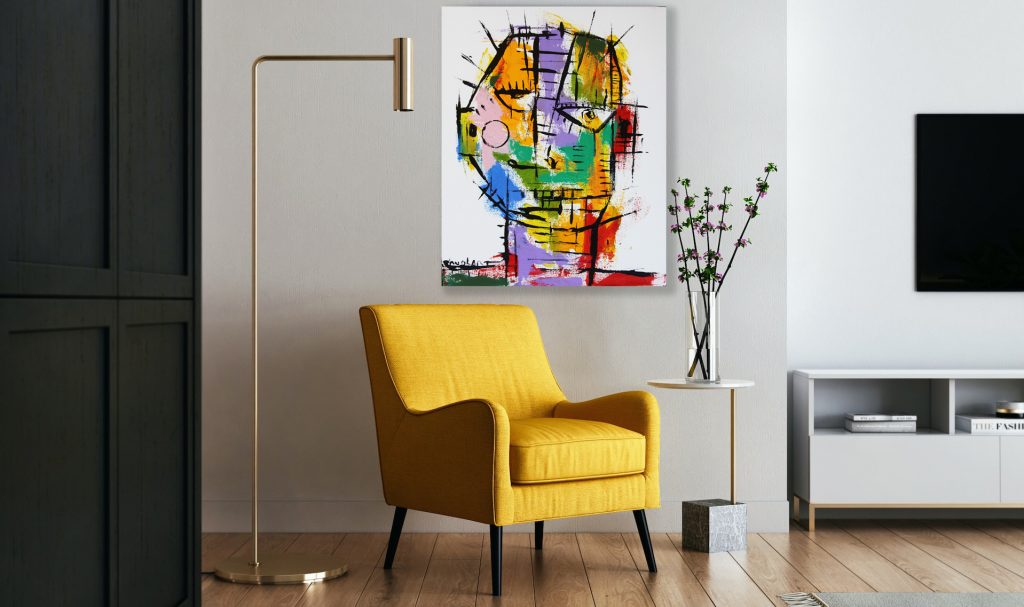 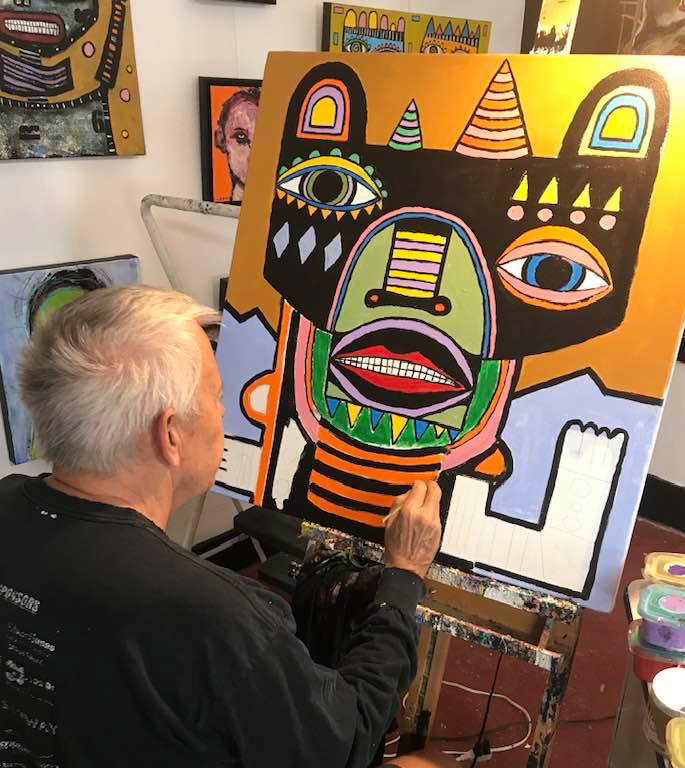 Jeff Hughart is an American self taught artist who grew up in southern California and now resides in Bisbee, Arizona. Around the time he was seven years old, he gravitated towards art and drawing through the encouragement of his father but didn’t pick it up again until much later in his life. After graduating from college with a Bachelors Degree in Communications he went on to work as a technical photographer, play bass guitar in various punk bands and publish a couple of fanzines. In 2002 he began painting, inspired by his artist wife and the various outsider and folk artists which she introduced to him.

Jeff creates fictional and distorted faces and creatures often in bizarre settings. Many of his works have a dark undertone and at the same time there is often something playful scattered throughout, in a style he likes to refer to as “Tragic Whimsy”. His use of vivid colors is unique and nontraditional; it is a surprising and ironic fact that Jeff is color blind in the red/green range yet somehow his work seems to benefit from this often perceived handicap.