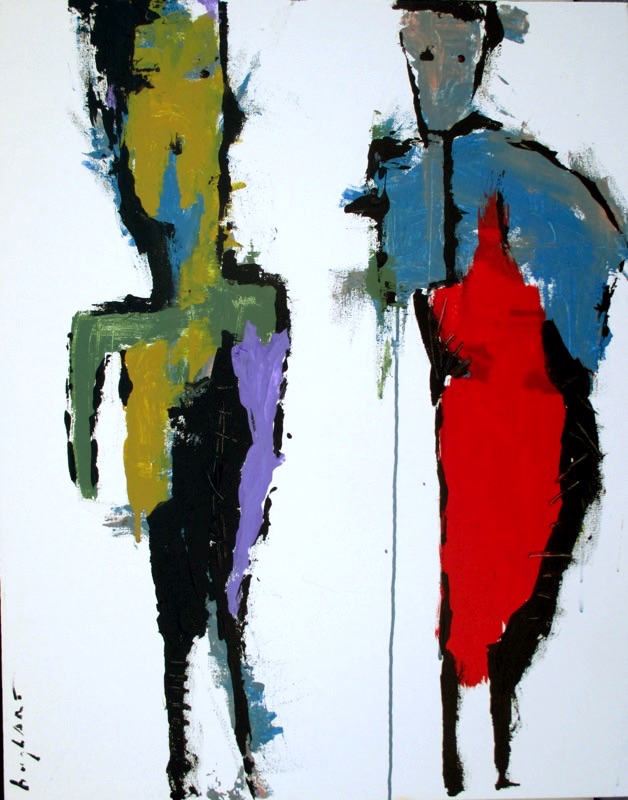 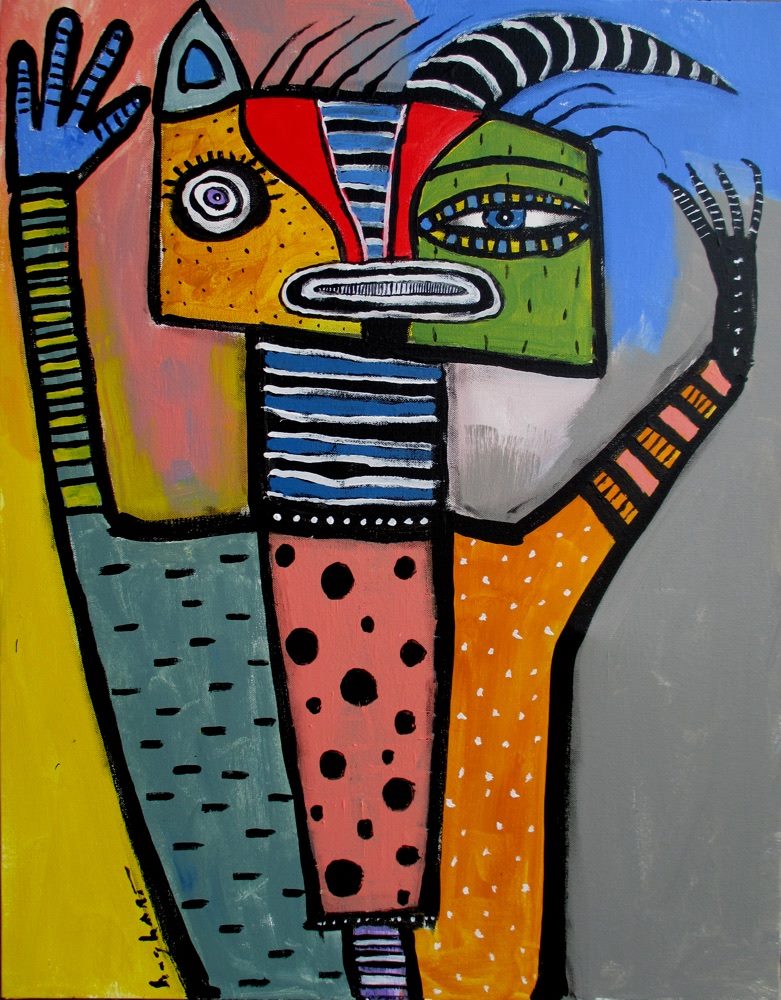 so, don't know if you have been following my saga of 2015. the one where i ruptured the quad tendon in my left leg. i was recovering quite well due to a lot of hard work on my part. anyway, let's cut to the chase. i fucking re-injured it while at a dog park in sandpoint, id AFTER i had just had my 3 month checkup with the orthopedic surgeon. AFTER he told me that it was healing so nicely. then i do something so incredibly stupid as to actually enter the dog park. just my dog and some purple-bearded dude with an iphone attached to his head. the dogs were getting ready to rumble. his being a pitbull scared me in that i thought it might actually kill my dog. somehow i got twisted and turned in just the right way to tear the tendon. it is worse this time around. i had the surgery on monday, may 4th. seemed to go ok EXCEPT i never ever thought i would have a full cast on my leg. and apparently it has to stay there for six weeks! so this makes life tough on both ginny and i. she's my caregiver again and feel horrible about that part. i have plenty of art supplies so i plan to get down to some painting.
Finally, after weeks of spending most of my time and energy recuperating from my leg injury, I have at least several new paintings for 2015 and have added them to my gallery. As I get better, I will be doing more paintings. Hopefully I can squeeze out something good inspired by my quad tendon rupture.
Thank you everyone for their donations and gift baskets and support as I get through this crappy leg injury. I am now close to six weeks post op and I can actually bend my leg about 40-50 degrees without significant pain. I am walking around the house now with just one crutch. Was able to take my first shower without any assistance and could be driving again in the next couple of weeks. I haven't been able to stand and paint and therefore most of the art I have created this year have been smaller pieces. Anyway, the journey continues..
I am continuing with this series of paintings/art during my rehabilitation of my leg. Obviously, once I recover (in a few months) the series will have ended. So this body of artwork that I am now starting will be limited. They are all for sale. I need the $$ for all of my expenses and lack of income during this period. ANESTHESIA. 11x14 inch colored pencil on bristol paper 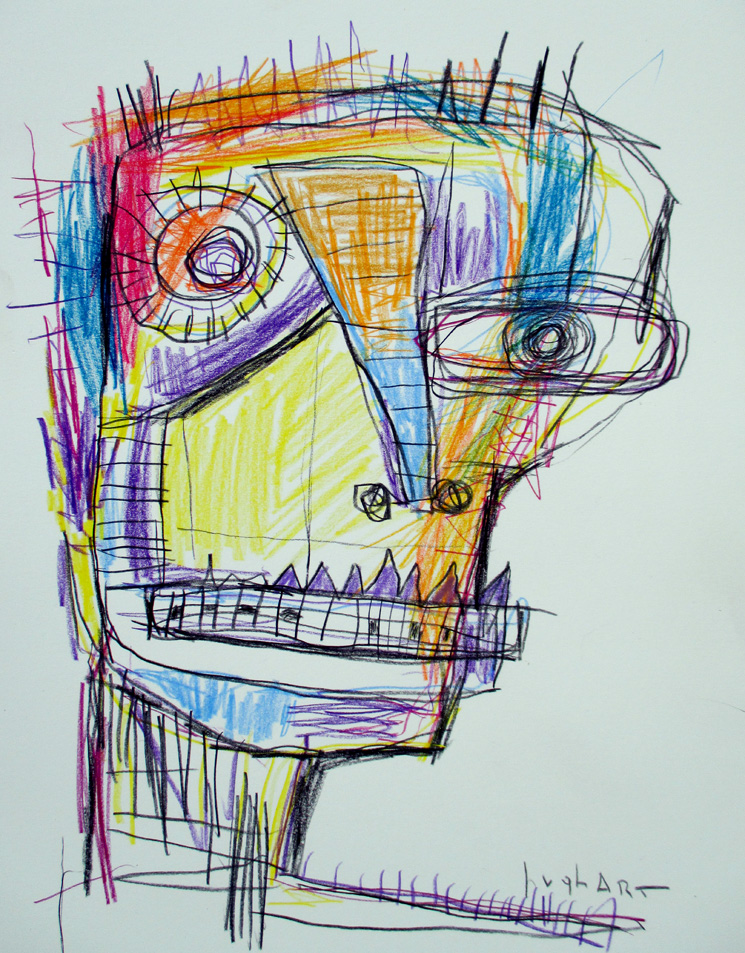 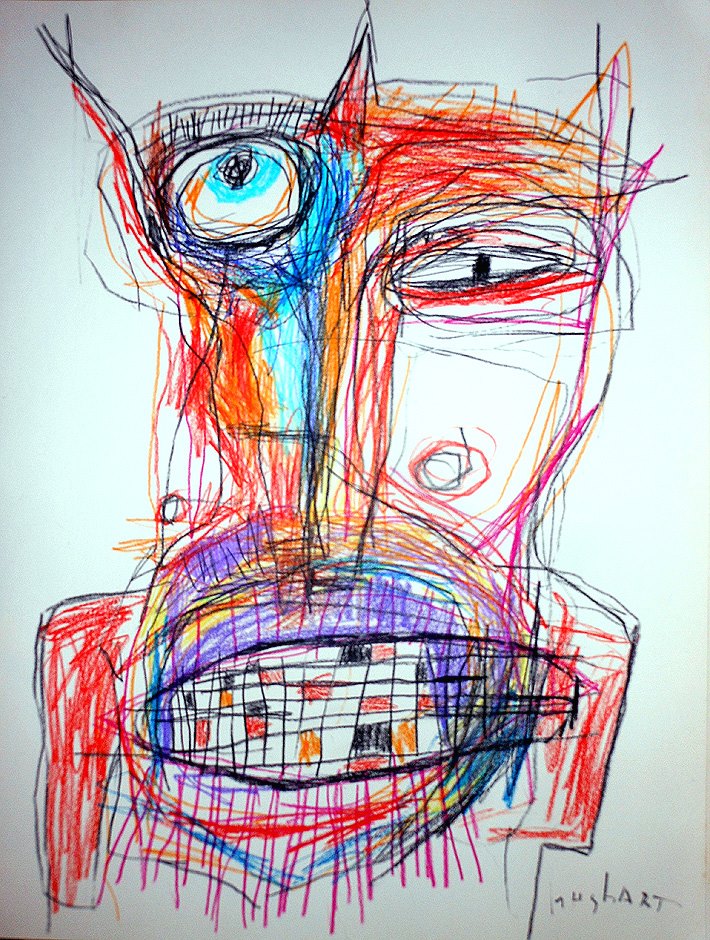 So, here's the deal. Since the accident I have had to temporarily quit two part time jobs and my partner one of hers. That results in a loss of about 80% of our income. I was thinking of starting a gofundme campaign to help out the expenses. I would rather just have people buy my art, whether originals or prints. That way everyone gets something out of it. Not sure. Any feedback from you good folks?
So Frida has become some big inspiration for me. Not only because she's an awesome painter, but because of how she was able to continue painting even when laid up with her various maladies. Hell, she was in a full body cast and was painting. So I can't paint while standing up right now. Big deal, right? So I have an table easel set up and next will get my brushes and paints out here to at least start something new. Stay tuned!
On December 29th 2014, in a split second, I lost my independence. I was walking my dog Molly not far from home, slipped on a patch of ice and instead of just falling on my ass, I instead unknowingly used my left leg to brace the fall and in doing so, ruptured the tendon in my quadriceps in my left leg. I have not been able to stand on the leg since then. I had surgery to repair it on Jan. 7th and from that point forward have been full recuperation mode. Which right now means, staying off of the leg and using crutches to get around the house. So, I am pretty much housebound (still icy out) and certainly won't be driving for a while. I obviously haven't done any painting since the accident although I hope to start some small works this week. I will keep everyone posted here or on my facebook page. 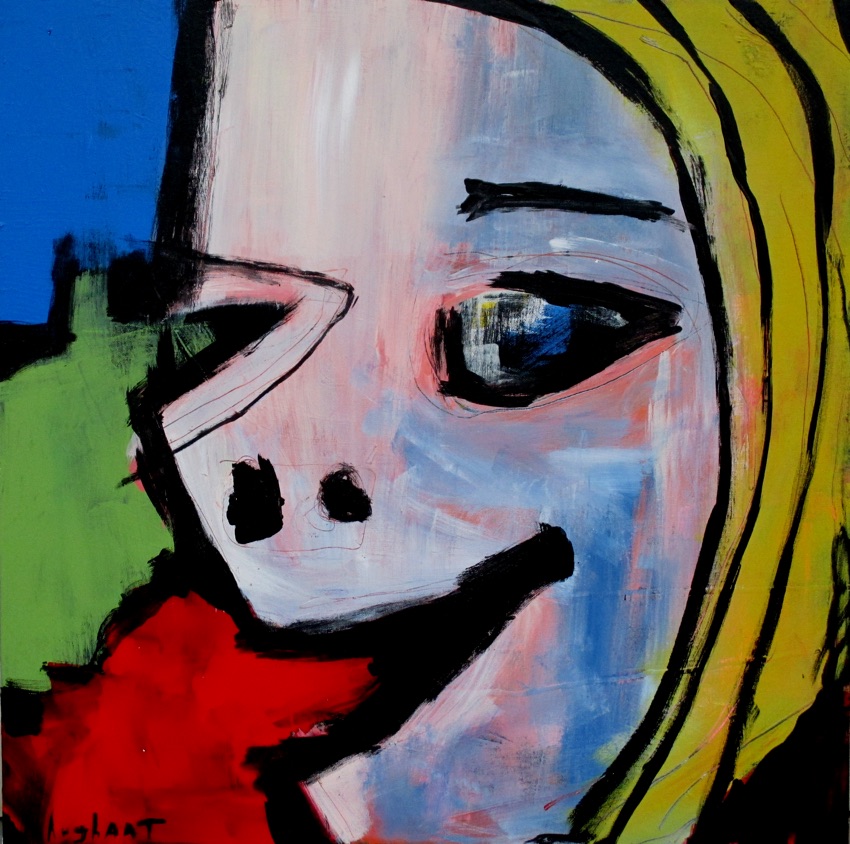 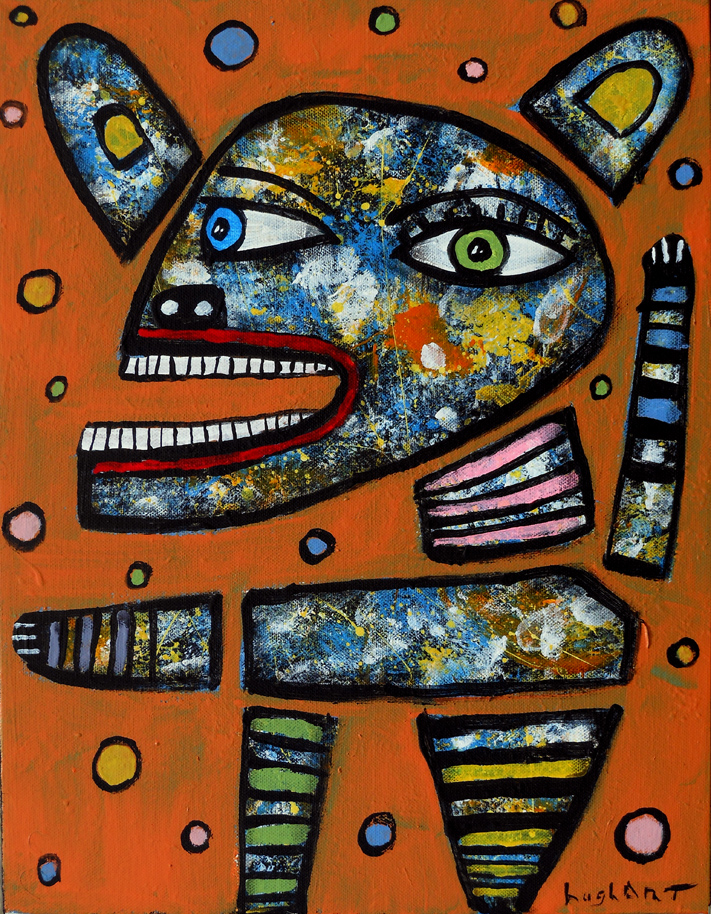 I have done a few paintings recently like this new one titled TIME TESTED. Basically I am painting these without using any brushes. I just use a paint stirring stick (from hardware store) to apply the paint. I have been primarily doing faces. Abstract faces. 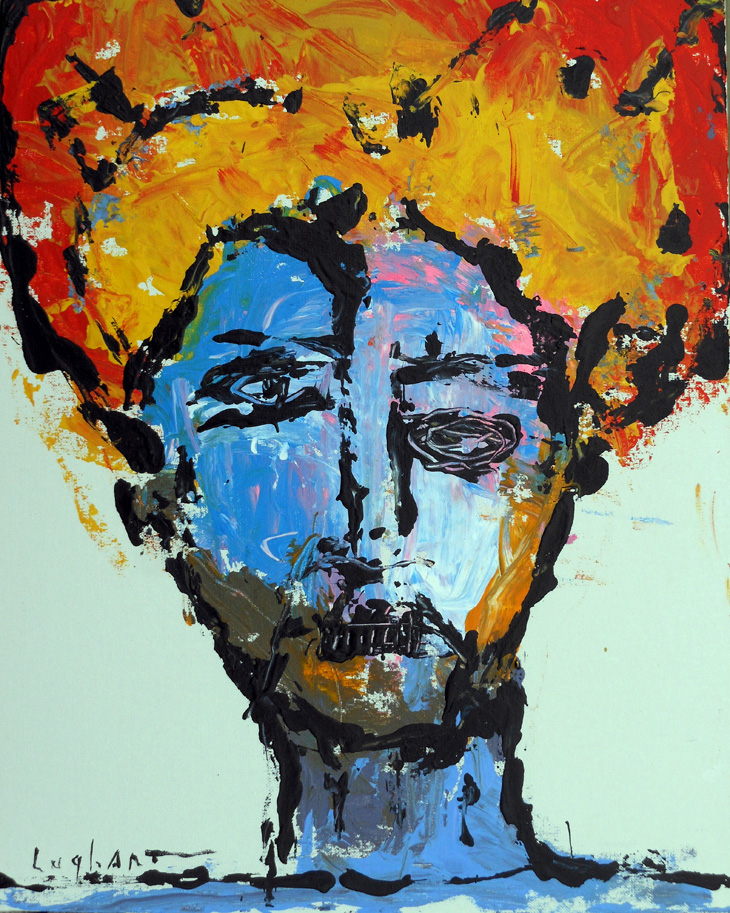 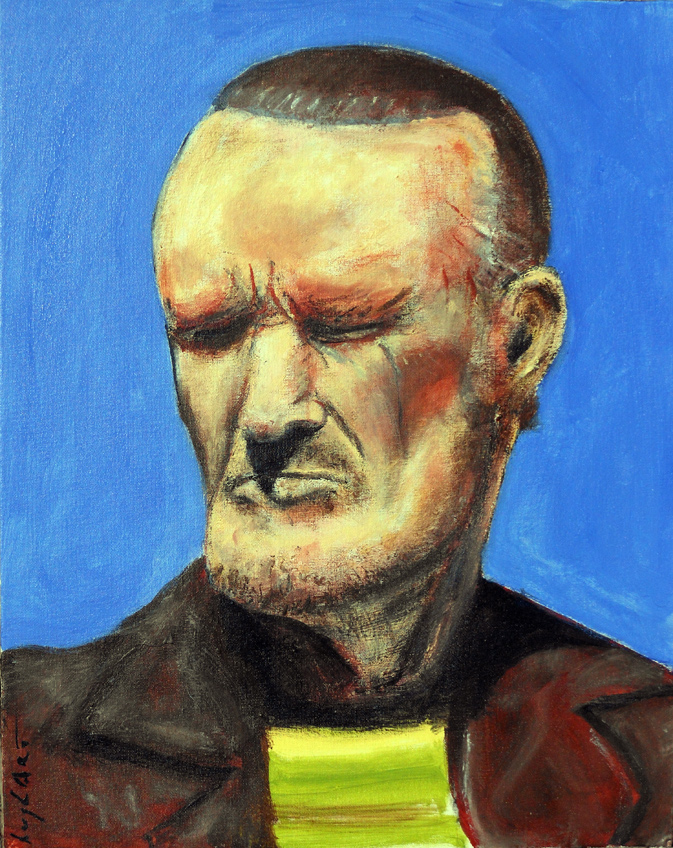 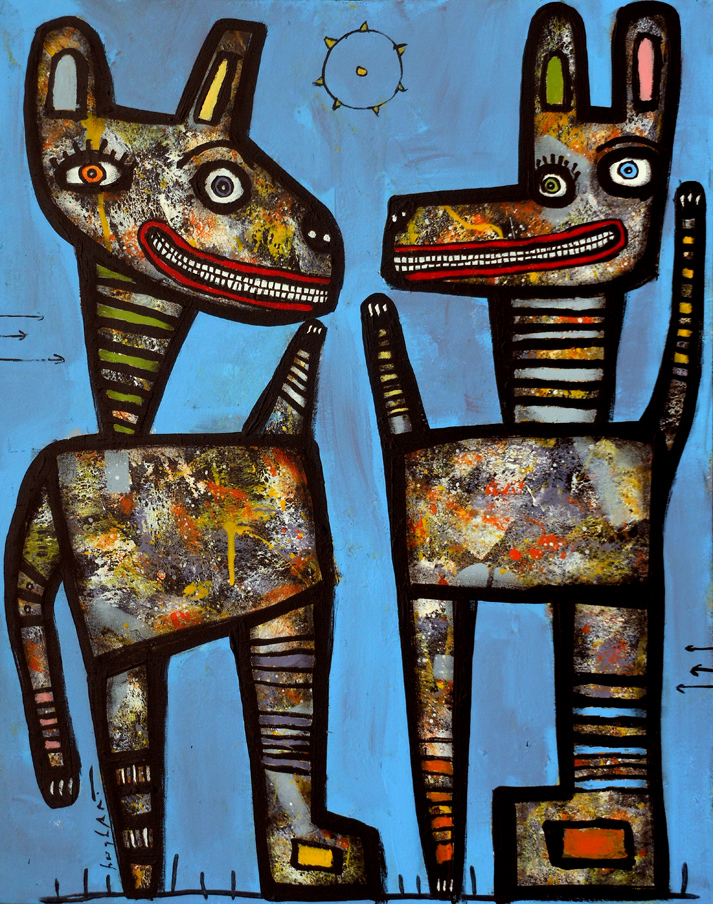 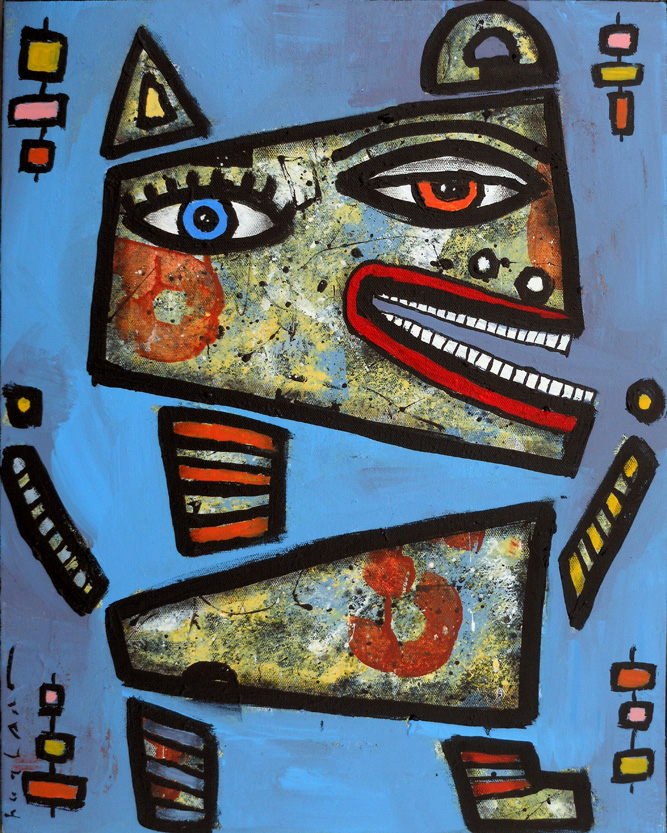 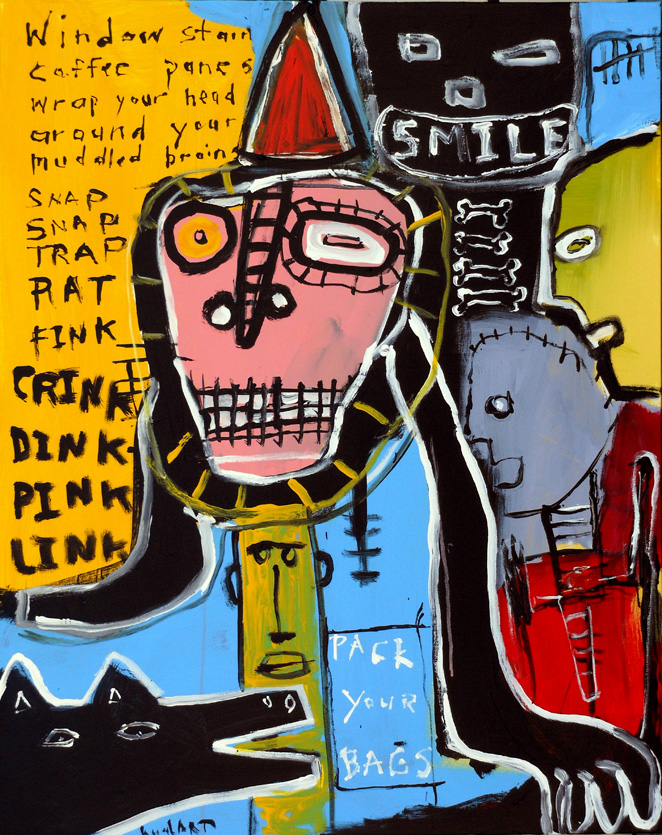 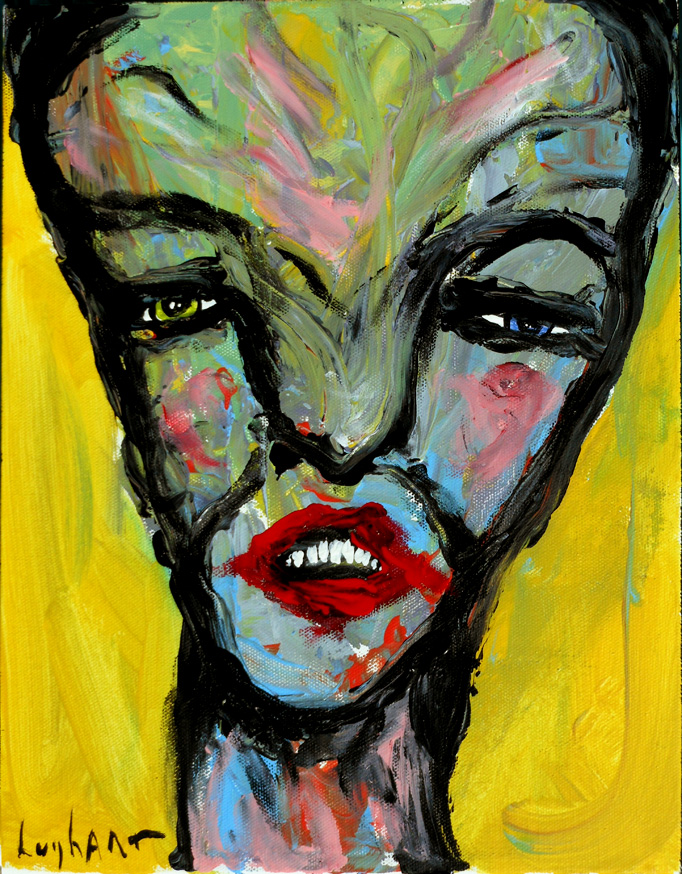 Click here to view the online version.
this is a new painting for an upcoming show in Sandpoint, Idaho in April 2014. 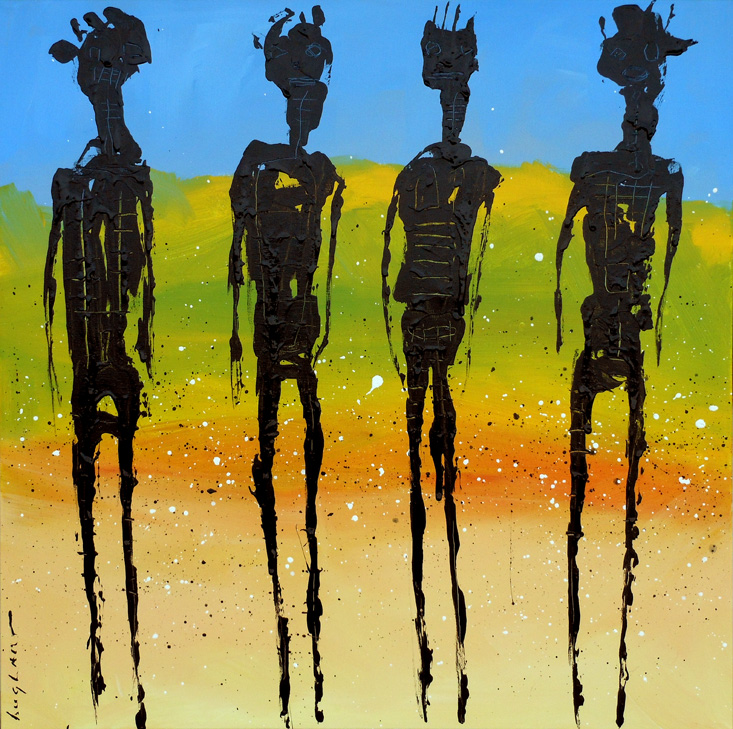 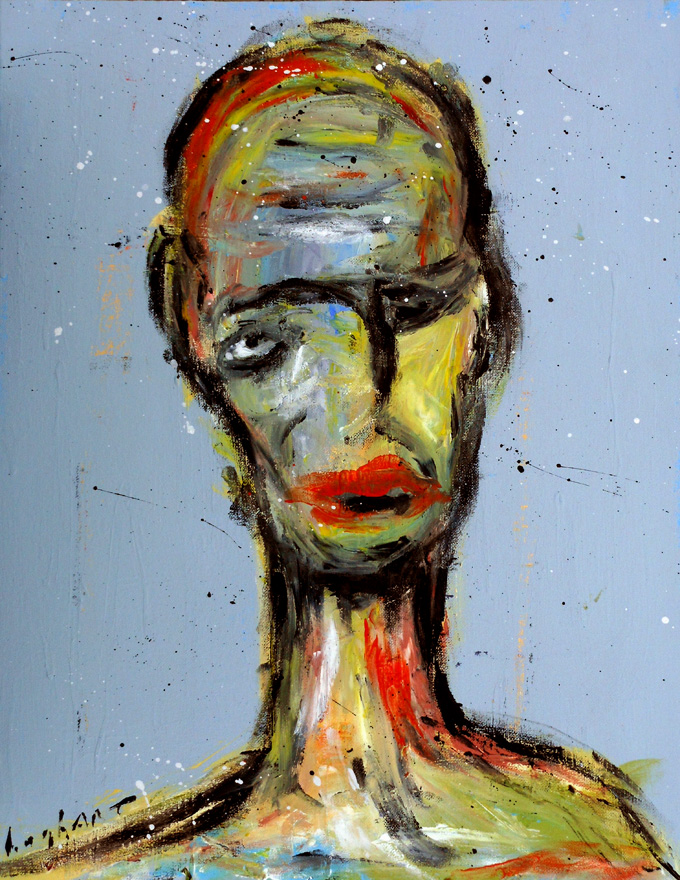 Sumimasen is Japanese for "excuse me", or "sorry about that". Something close to that anyway. 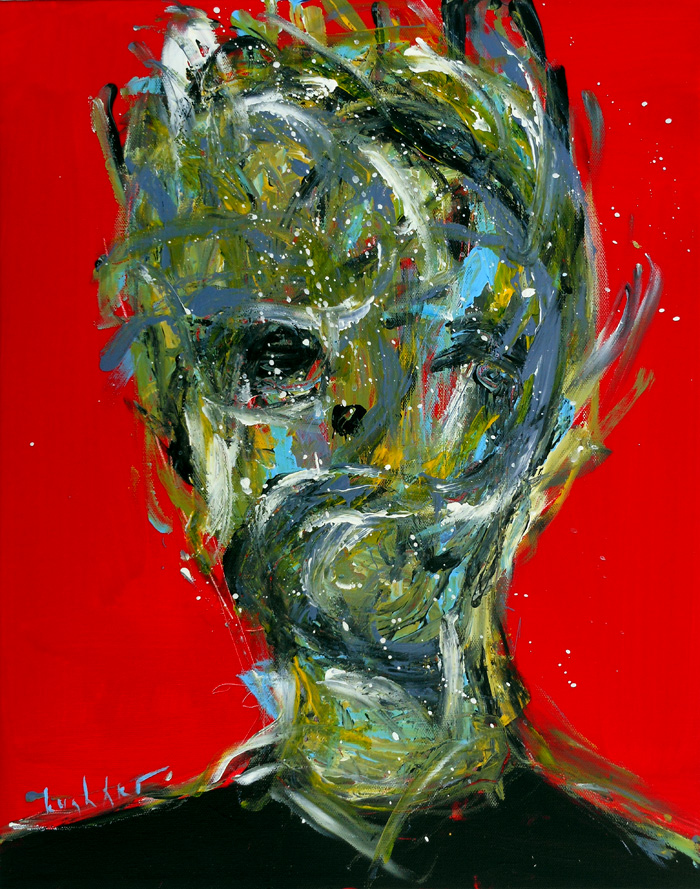 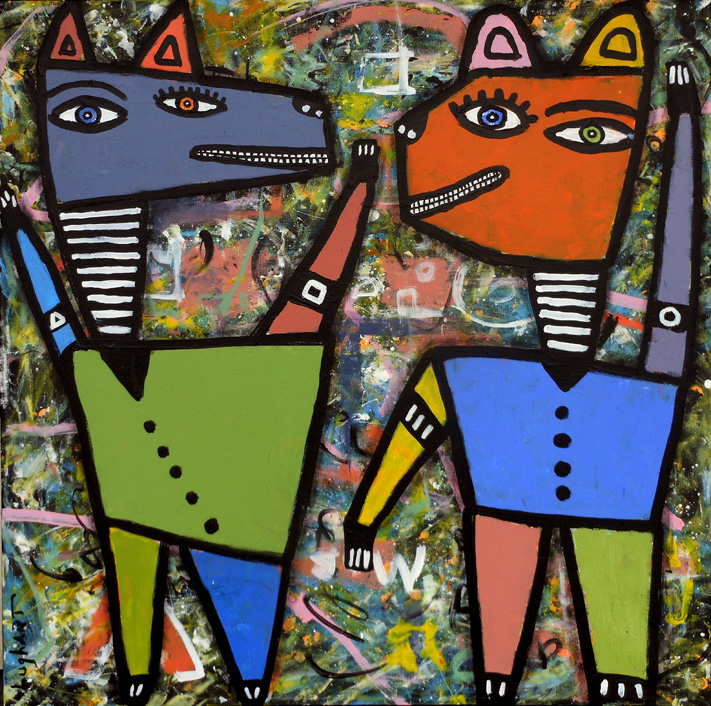 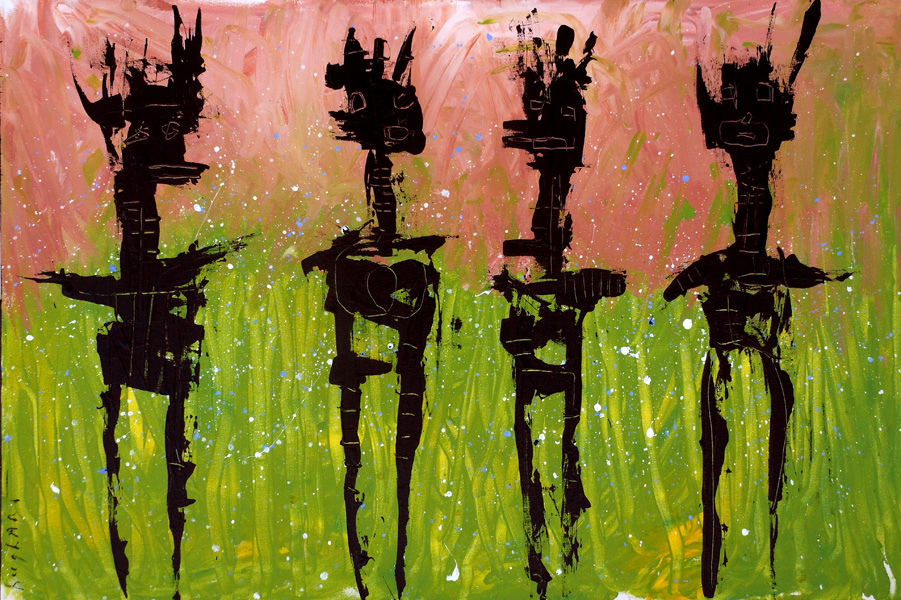 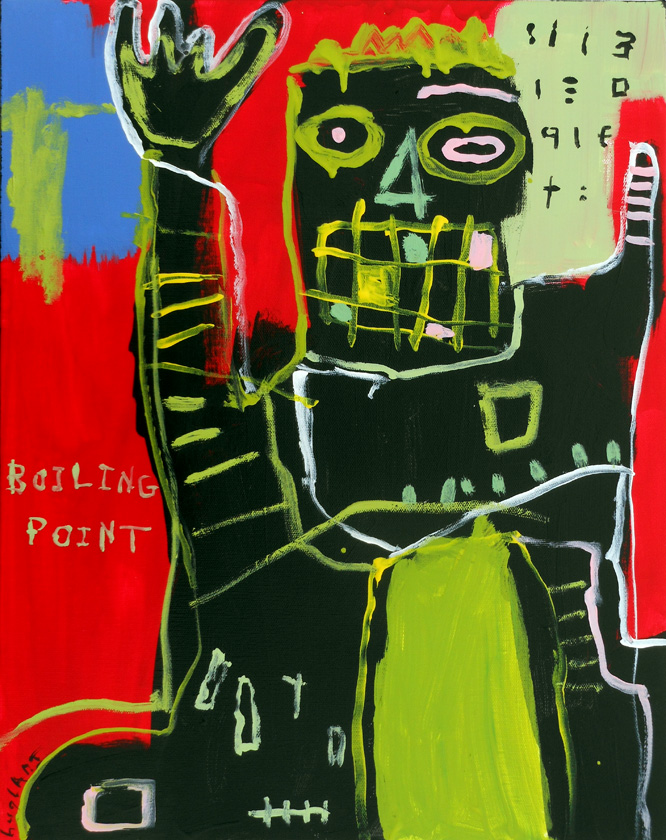 possibly a piece for the FISHER collection in San Francisco. yet to find out... 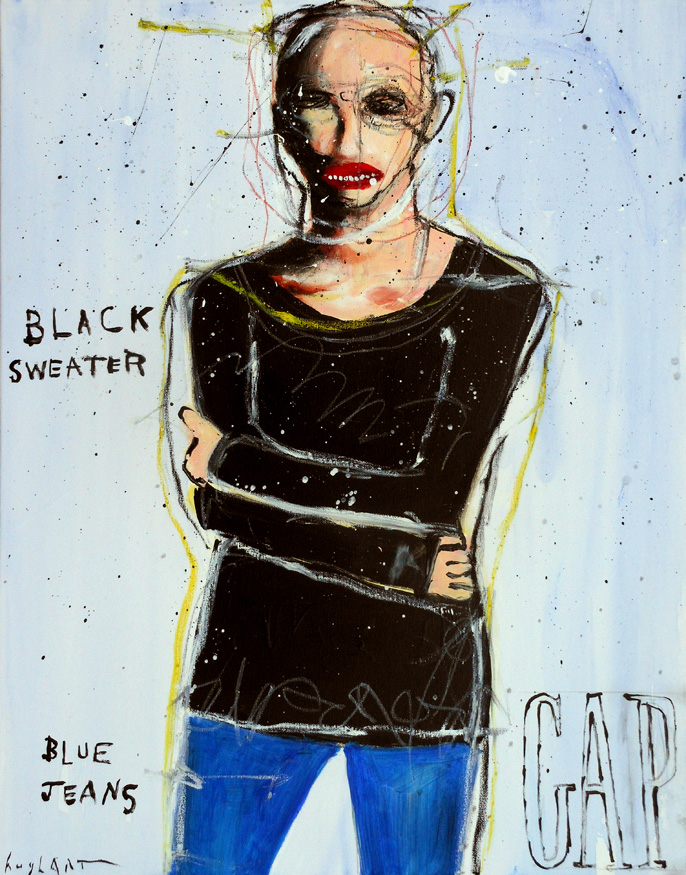 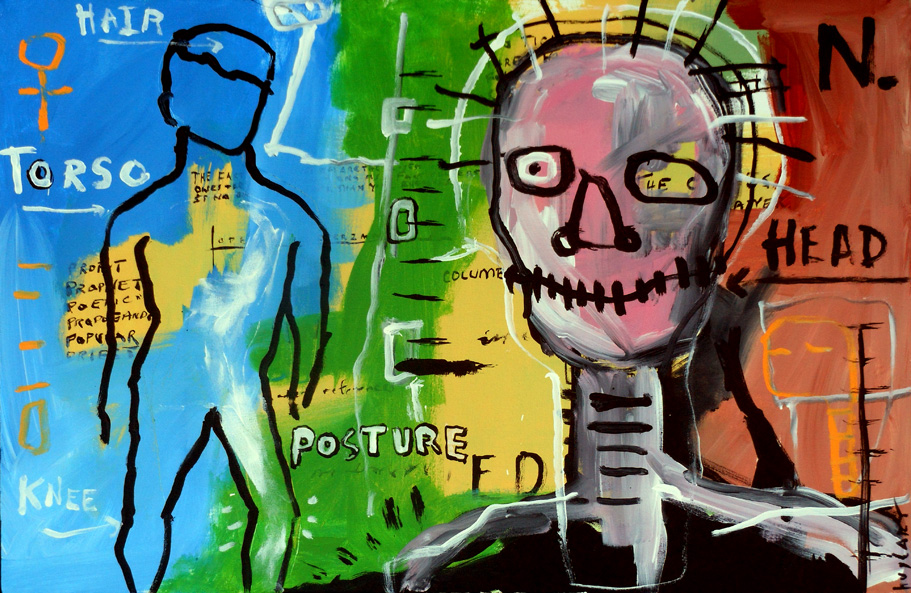 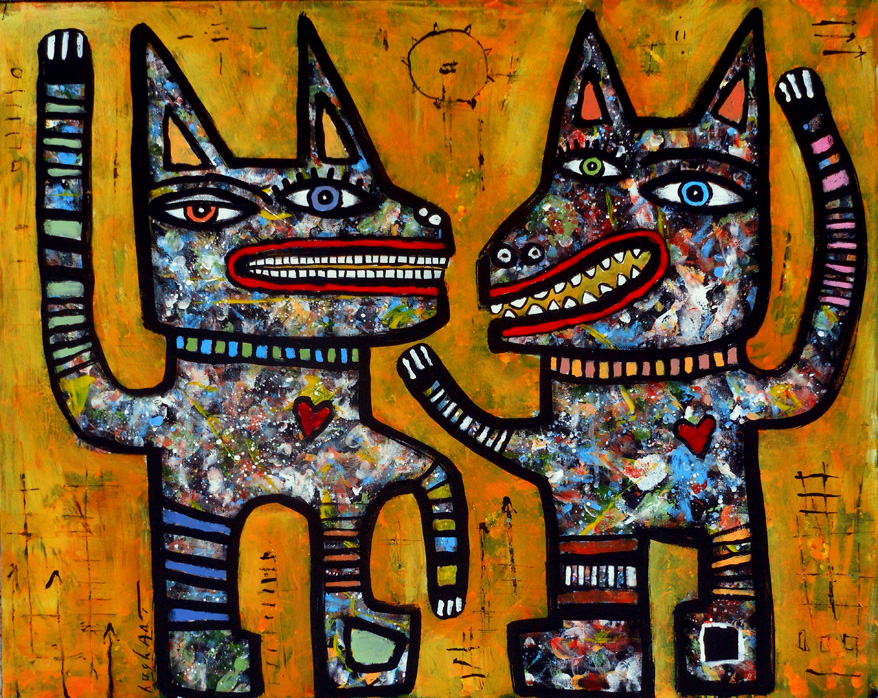