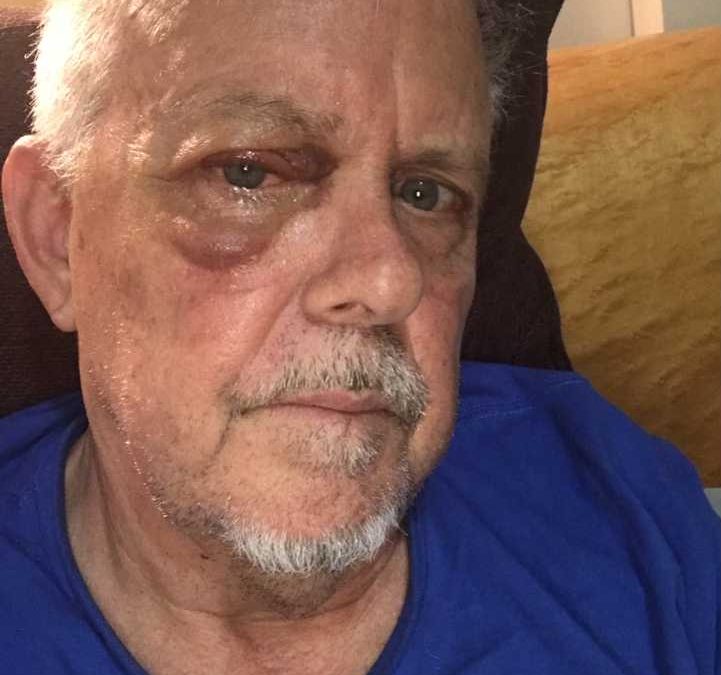 During the last several months I had a bump starting to form right between my nose and my right eyeball. The doctors were a bit stumped at the beginning. One though it was a cyst, but wasn’t sure and sent me to an eye socket specialist. That doctor recommended a CT Scan. The result of that showed that the tumor or bump was most likely lymphoma. A biopsy a could weeks later confirmed that it was most likely Marginal Zone Lymphoma. Which is one of the best cancers to get. This week, I will be finding out what treatments I will undergo to get rid of this “thing”. The pic I’m attaching to this post is of me a couple of days after biopsy surgery. Ouch!

This site uses Akismet to reduce spam. Learn how your comment data is processed.

Check me out on social media!

Recent Posts from the blog